Again at the auditorium of the CCCB after the lunch break, it was time to learn more strategies about reading promotion. The protagonists of the first round table were Andrés Delgado (Public Libraries of Medellín) and Marianna Arrubla ("Eventos del Libro").

The moderator, Juanjo Arranz (Libraries of Barcelona) explained that there is an exchange of librarians between Medellín and Barcelona every year. This Colombian city, previously considered one of the most dangerous in the world, has managed to reinvent itself, and its libraries are crowded with young people. How is that possible?

Marianna Arrubla showed us that Medellín has a citizen reading and writing plan coordinated with the city council to be able to gather all the projects together. "There are three major events related to the book, and my favorite is the youth reading parade," said Arrubla. Each year this street fair takes place in a different neighborhood, including those that had had the worst reputation. "They are places that have been healed thanks to books," said Marianna. The youth reading parade starts at 2 pm and lasts sixteen non-stop hours... Indeed, activities and talks end at 6 am in the morning! "The night is associated with young people, but not with very positive things, and that's why we want to change it" 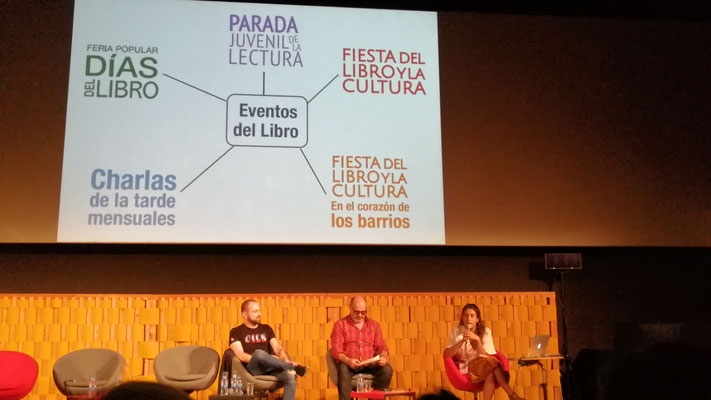 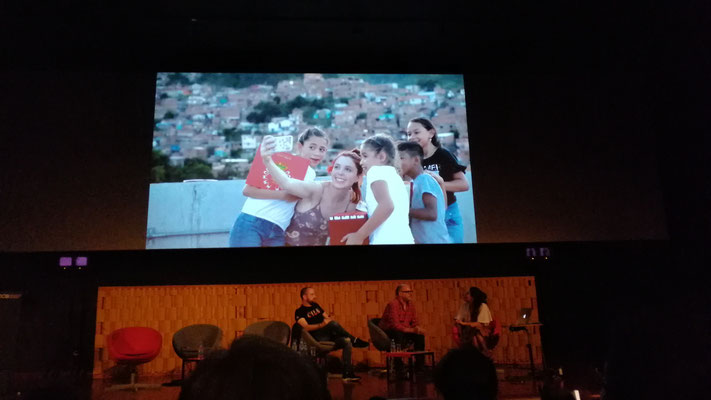 Here you can see some videos about previous editions:

On the other side, Andrés Delgado, wanted to show us La Floresta library, and the creative writing workshops he teaches there. He began his speech quoting Jorge Luís Borges: "The verb 'to read' like the verb 'to love', cannot be used as an imperative" "In Borges I found an ally, because he talks about the pleasure of reading." Delgado is very clear that a library is not a school, and he defines himself as a "provocative reader".

That is why he prefers to debate politically incorrect and transgressive books at teenagers reading clubs (those books that disturb parents and teachers, but that young people love). "We have to speak their language and empathize with their world."

And the same goes for writing workshops. Delgado encourages them to write about topics teenagers truly connect with, starting with chronicles of everyday experiences. They then go on to write poetry with lyrics, or words that they wouldn't say in front of their parents, and they also write essays of things that they like and do not like (you can follow the hashtag #Megustanomegusta on social networks)

If until that moment we had been amazed by so many interesting and entertaining initiatives, we still had more to discover, such as those promoted by the Athletic Fooball Club in Bilbao. Galder Reguera said that the club uses football as an excuse to deal with social, environmental and cultural issues: the "Letters and football" festival, improvised poets' battles, film festivals and debates, short novels about football...

But above all he talked to us about their Athletic Reading Club for big and small, in which some first division players voluntarily participate. "We promote values and reading as a social act, an excuse to share something," Reguera said, and assured that they don't try to portray football players as what they aren't. "Some of them even say they don't read much" but the ones that do are featured in posters that are distributed to schools and high schools. 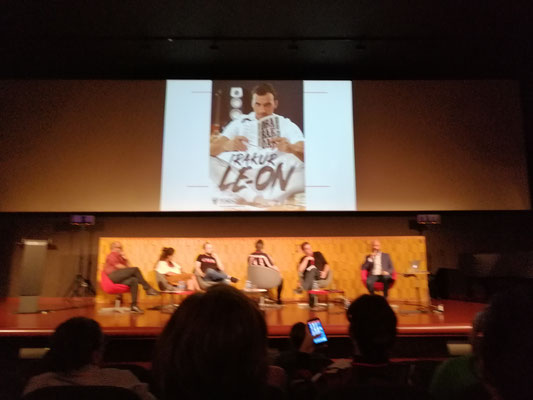 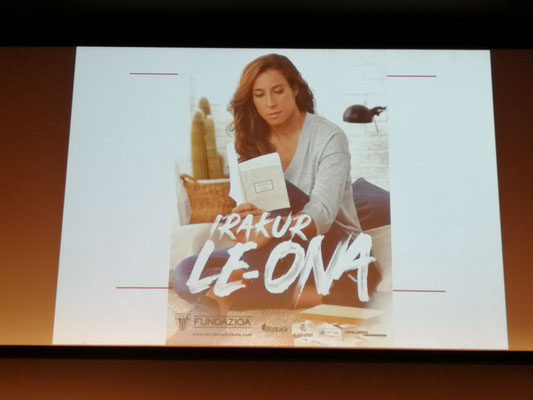 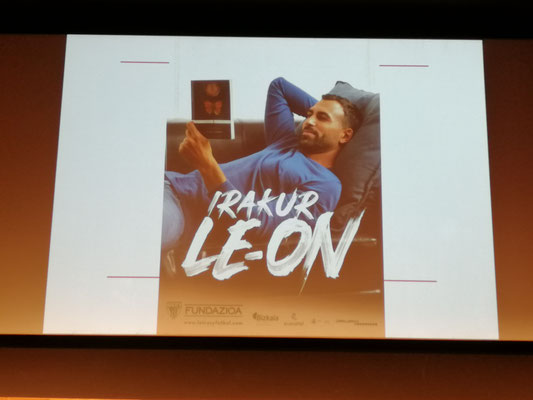 Traveling further south, you will find the "Project Mandarache", which, according to Alberto Soler, "has become a teenager" because it just turned 15 years. Their initiative consists of a literary prize where young people vote on books previously chosen by professors and librarians. This exciting project (which has brothers in other autonomous communities, including Catalonia with the Premi Protagonista Jove) already has a jury of 6,000 students. In their case, they have 20 young volunteers and 100 teachers at the heart of the project, because "Without making decisions, the young people don't participate," Soler said.

Otherwise, they organize meetings with the authors, where entire audiences of young people ask them questions for an hour and a half. "Learning to read is learning to ask questions to a book" and those starting as naïve questions, turn into more complex ones than those asked by adults. Alberto Soler was clear about it: "It's not about books, it's about people."

During the round of questions I wanted to know what strategies they used to reach young people. I was told that social networks are specially useful, as well as coordinating joint actions with high schools and city councils, and generally going wherever the captive audience is (such as classrooms) so that they can later choose to come of their own will.

Finally, the interdisciplinary artist Nazli Tabatabai-Khatambakhsh talked to some of the young producers of Engage! (Thomas Frere-Jenkins, Grace Stewart, Melissa Bislim and Magda Łukasik) girls and boys from all over Europe who had to carry out cultural projects and met to talk and share their culture. They agreed that the experience had been fantastic, and had shown that, as Melissa Bislim said, "we need to go to people that can think outside the box if they don't come to us."

A girl from the audience, a member of the design and production team of Norwich's "Festival in a Day", commented that "today it seems that the loudest people are the ones that are right. At the festival we talked politely." Grace Stewart, also a member of the Festival, agreed with her: "The new generations have learned that we don't want to be like this."

In general, all the speakers agreed that during the program they learned to respect the views of others and to debate freely. "In Poland our national poets are untouchable and you can't say you don't like them," Magda Łukasik vindicated.

"In high schools it is more important to understand poetry than writing it," said Thomas Frere-Jenkins. Moreover, together they wanted to encourage young people to break the clichés that reading is difficult or that they should be Shakespeare to be considered poets. "You just need passion and the need to say something."

Their debate closed LiterACTION, but it was not the end of the day! Some of the members of the two editions of the "Books on the Road" program, hosted the young protagonists of Engage! and we strolled through the centre of Barcelona, showing them some of the most emblematic places of the city... From the University of Barcelona, going through the Ramblas to the Ateneu Barcelonés. I hope you come back in the future, because this literary city hides many secrets! ^. ^

To sum up, I am so glad to have attended LiterACTION. It's high time that we place young people in the spotlight, asking us  and letting us participate, instead of imagining what we want. Without being aware of it, now that I come to think about it, some fellow readers and I already practiced the spirit of Engage! last summer, when we organized the First Day of Young Readers in Barcelona by ourselves, with the collaboration of libraries, publishers and writers.

It is great that PEN Català has worked to bring together so many interesting proposals about young people and culture. I hope Engage! sets a precedent, and becomes the first, but not the last, project about this.